‘ From the Loving Cup to Jumping the Broom’ – incorporating symbolic rituals into your Lake District Wedding Ceremony.

Wedding rituals are tried and true symbols of the joining of two people in marriage.  They are the ways that the people present at your wedding, and also everyone else who follows the same traditions and shares the same beliefs – recognises the importance of the step that the couple is taking.  They are also an ideal way to include the people close to the couple in the ceremony.

Here are some of the countless rituals that you can choose to include on your dream Lake District Wedding day.

The Loving Cup is a lovely Ceremony where the couple, and sometimes family and friends too, share a drink from the same cup or glass.  This symbolises their united life together.  Some couples do this in a very solemn manner, and include a prayer or reading about the unity of love and the bond the couple now shares either before or after the drink is shared. 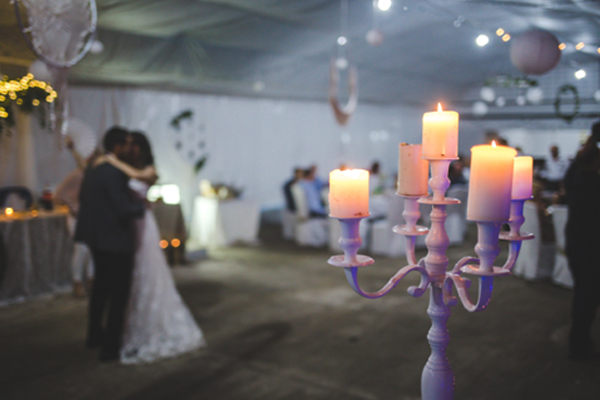 This is a really moving wedding/partnership ceremony.  Couples use two lit taper candles (these symbolise their individuality) to light one big central candle as a symbol of two lives becoming one in commitment.  Sometimes, when the bride is walking into the ceremony, the mothers of the couple light a taper candle in honour of their son or daughter perhaps at a small table at the front of the room.  They return to their seats, and the tapers stay lit all through the ceremony.

After the vows and rings have been exchanged, the officiant will explain to the guests the symbolism of the Unity Candle.  They will ask the couple to take their ‘individual’ lives (which is represented by the individual taper candles) and bring them both to the large candle, lighting one flame with their two individual flames.  During the lighting of the Unity Candle, couples will often have a song sung or played, or a guest special to the couple or the wedding officiant will read a poem to accompany the symbolism of the ceremony.

A ring warming is when the couple give their loved ones the opportunity to hold and confer on the wedding rings a wish, blessing or prayer for their marriage.  By the time the rings make it on to the couples fingers, they will be saturated with the love of their friends and family.  A modern variation of this is to send the rings around the assembled guests locked together with a padlock and when the rings have gone round the guests and arrived at the front for the couple the padlock is unlocked and the couple are then free to exchange the warmed and blessed ring.

The Unity Sand Ceremony is known across the world for its beauty.  The way it works is that using different coloured sands, each of the couple takes turns filling a Unity Vase as they speak their chosen vows.  The sand colours can be coordinated with home décor, chosen based on the colours the couple love or on the colours of the wedding theme or for any personal, memorable reason to the couple.  After the ceremony the vase can be on display at the couples home to symbolise the start of their new life together.  All you need is three containers, two small filled with different coloured sand which will represent the bride and groom and one large which the two colours of sand will be poured into, which represents the blending of the couple’s hearts and lives.  The couple  may wish to leave a small amount of sand in each container to symbolise that although they are now joined as one, they each remain individuals.

Alternatively, if either of the couple have children a modified version of the ceremony can be used which involves the children.  This ceremony can include children and other members of a new blended family which creates a Unity Vase filled with many colours.  Each child has a container of different coloured sand and they blend their sand with their parents to symbolise the blending of a new family. Family members can also say special vows as part of the ceremony.  The Sand Ceremony is a great alternative to the Unity Candle, especially if the wedding is held out -of -doors and the candles may not stay lit. 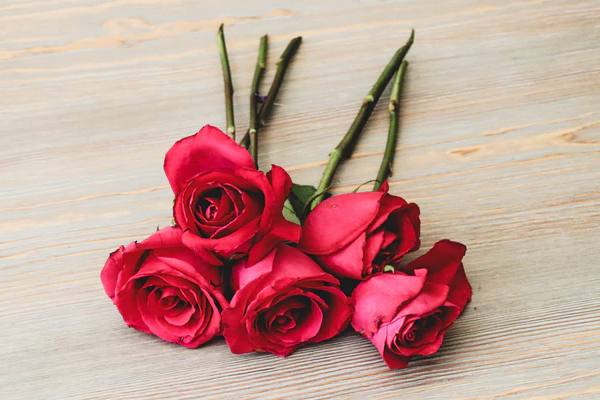 The Rose ceremony is a simple ceremony where the couple each have a red rose bud and exchange them with each other, this symbolises the giving and receiving of their love for each other throughout their entire married life.  Roses can also be symbolic in difficult times and giving them to each other can symbolise forgiveness.

Couples sometimes stop after the ceremony, as they leave, and hand parents or friends their rose and whisper ‘I love you’ before proceeding to leave, knowing that love is not love until you give it away!  This is a nice way of involving others in your ceremony.  Alternatively, couples can turn and walk to others to present the rose immediately after the rose exchange has taken part in the ceremony.

This is a Jewish tradition.  Crushing a wine glass under the groom’s foot at the end of the ceremony is a Jewish tradition said to have many meanings.  It’s a symbol of the destruction of the First Temple in Jerusalem; a representation of how fragile relationships are; and a reminder that marriage changes the lives of individuals forever.  Or, it could be …. Drinking the wine represents the joys and the sweetness of life, and crushing the glass represents the hardships.

This marriage ritual is found in Ancient Celtic and African-American cultures.  It’s use in a ceremony symbolises leaving the past and stepping into married life.  The broom itself was symbolic of the beginning of the homemaking for the couple.  It was also symbolic of the defiance of enslaved people to the law that they could not marry.  What happens is that the broom is placed on the floor behind the couple and, at the end of the ceremony, the couple turn and hold hands, jump the broom before they leave the room. 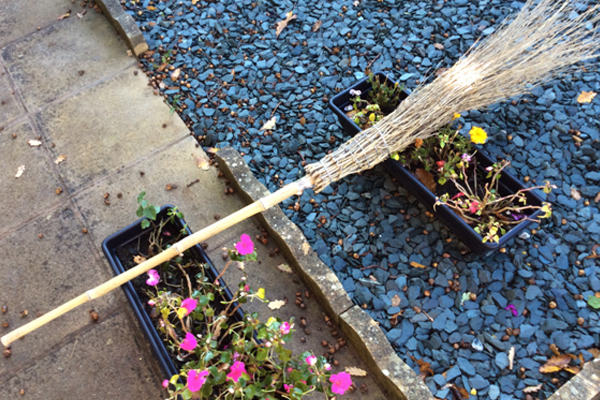 I hope you enjoyed learning about some wedding rituals over the years. If you are looking for a Celebrant for your Lake District Wedding, contact me to discuss your dream ceremony.